The 27th Historical Clinicopathological Conference: The Full Gamut of Misery

When this patient was 19 years old he opined that he would need to live through only a few more experiences before dying to have run the full gamut of misery. In little more than a decade and a half he was dead, having succumbed to “persistent ill health,” the exact cause of which has never been determined.

The patient’s medical difficulties began in his mid-teens with a first attack of quinsy (inflammation of the throat), which recurred thereafter nearly every spring or early summer. When he was 20, he had an especially severe attack, complicated by an “ulceration in his throat,” difficulty swallowing and weight loss. He was treated with 12 leeches applied to his throat, a gargle of unknown composition, and advised to have his tonsils removed.

At age 23 the patient spoke of a recurrent dream, in which he felt suffocated by his mother, who was pressing her hand over his heart. By then he was also having intermittent palpitations and could not climb five flights of stairs to a friend’s apartment without pausing to catch his breath.

The patient had severe recurrences of quinsy at age 27 and 30, before succumbing to the disorder at age 36. In some cases, the recurrences were accompanied by what his biographers called “muscular rheumatism,” which they did not characterize further.

The patient was an only child, raised in “a state of cultivated poverty.” His mother, a talented pianist, died at age 45 of a prolonged illness of unknown etiology. His father, who lived to age 76, was a hair-dresser/wig-maker turned singing teacher.

The patient was a composer who during his brief life wrote one of the most popular and frequently-performed operas in the entire opera repertoire. He patronized bordellos as a youth and had two mistresses, one of whom bore him a son. That son lived to age 77. When the patient was 31, he married a beautiful, but neurotic woman 11 years his junior. They had one child, a son, who committed suicide at age 50. The patient smoked a pipe and occasional cigars, drank wine, sometimes to excess, and owned a pet parrot. He was an inveterate swimmer.

The patient was a plump, vigorous man with light brown hair and a reddish-brown beard. He had blue-gray eyes and a lovely pink complexion that gave the appearance of robust health, even as he was dying of the mysterious disorder that had plagued him for nearly two decades.

In March of his 36th year, the patient was stricken with an attack of quinsy, which proved to be his last. In the past, he had recovered quickly from such attacks. This time abscesses in his throat were accompanied by one at the root of his tongue. After a few days, the inflammation in his throat seemed to subside. However, his “muscular rheumatism” increased in intensity. A month later, he began complaining of “fits of suffocation,” and not being able to hear anything in his left ear.

Complaining that the city air was poisoning him, the patient left Paris for the countryside and for a brief period, had less rheumatic pains and was able to breath more freely. Feeling much improved, he went for a long swim in the Seine River. Shortly thereafter, he developed a high fever and pain so severe he was unable to move either his arms or his legs. Two days later the “muscular inflammation” diminished to the point that he was able to move a little more easily. However, a “heart attack” so excruciatingly painful supervened, causing the patient to think he was going to die. Within a few hours the pain lessened to the point that he was able to rest quietly. His physician applied a blistering agent over the heart, declaring that the crisis was over, though the patient’s fever remained high. An hour later, the patient had another “heart attack,” as violent and as agonizing as the first. He lost consciousness and a short time later was dead.

His physician gave the cause of death as “a cardiac complication of articular rheumatism.” Not mentioned was a suspicion that a tumor or abscess was responsible for the deafness of the left ear, as evidenced by traces of pus and blood present on the patient’s neck at the time of his death. 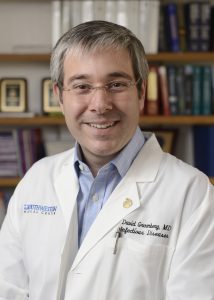 David Greenberg, M.D., is an associate professor of internal medicine and microbiology at the University of Texas Southwestern Medical School. He received his medical degree from Baylor College of Medicine where he remained for residency training in internal medicine. This was followed by a four-year fellowship in infectious diseases at the National Institutes of Health where he was awarded a fellows’ award for research excellence in 2006. He is a distinguished teaching professor and currently director of microbial genomics. His research focuses on the development of novel antibacterial therapeutics for multi-drug resistant bacteria. 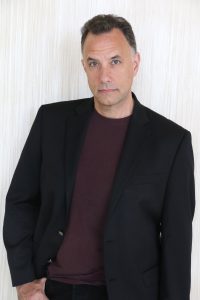 Samuel Mungo, Ph.D., is associate professor for and managing director for the Peabody Opera Theater at Johns Hopkins University. He received his doctorate from the University of Colorado at Boulder and his master’s degree in vocal performance with honors from the New England Conservatory. He has been involved in opera as a director, singer, and teacher for more than 30 years, fostering an international reputation as an opera pedagogue, particularly for his skill adding strong acting technique to singers’ vocal skills to create a true opera theater.