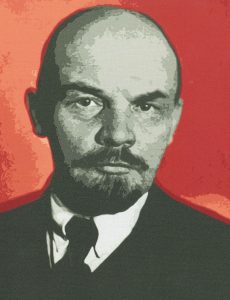 Many have wondered what might have become of the totalitarian state this patient founded on merciless terror, had he not died so young. He was 52 and at the height of his political power when he had his first stroke. Six months later he had another and then a third stroke three months after that. He died three months shy of his 54th birthday with cerebral arteries so calcified that when tapped with tweezers, they sounded like stone.

As a baby, the patient had short, weak legs and a head so large he was top heavy and had trouble maintaining his balance. He learned to walk later than his siblings. An odd habit of banging his head on the floor when upset caused his mother to worry that he might be mentally retarded. However, although his impulsive and choleric temperament persisted, as he grew into manhood, it became clear that he had extraordinary intellectual vitality.

When under stress, the patient suffered greatly with insomnia, migraine, and abdominal pain throughout most of his adult years. He had a “mild bout of typhoid” at age 22, intermittent toothaches and an attack of erysipelas when he was 33. Twice he was knocked off his bicycle and badly bruised-once when 34 and again at age 38. He contracted influenza at age 37. During an attempted assassination and a year later, a bullet pierced his left scapula, punctured his lung, and came to rest near his right clavicle-the bullet remained in situ. A second bullet lodged in the base of his neck. He was treated conservatively and recovered.

The patient had seven siblings, two of whom died as infants. An older brother was executed for treason when he was 21. An older sister had a stroke at age 71 and died. Two younger sisters and a younger brother succumbed, respectively, to typhoid fever (age 19), a heart attack (age 59) and “stenocardia” (age 69). At least two of his siblings (as well as his mother) suffered with headaches, insomnia and abdominal pains similar to that of our patient.

The patient’s father died at age 54, following a period of mental decline similar to that experienced by the patient at the time of his recurrent strokes. Although the father
was given a diagnosis of cerebral hemorrhage, his symptoms prior to death (persistent cough and rigors) were more consistent with pneumonia. The patient’s mother was half Jewish and died at age 81 of unknown cause. The patient was raised in a well-to-do family of intellectuals. Although trained as a lawyer, he spent nearly his entire career
fomenting revolution. He wedded at age 28 but had no of fspring. Although affairs of the heart would never get in the way of his political activities, he is believed to have had at
least two mistresses, one of whom was an advocate of free love. She developed tuberculosis two years after their affair began, and in another eight years died of cholera.

The patient did not smoke and prohibited smoking in his presence. He drank alcohol sparingly and although a mushroom lover, took little interest in the quality of his food. He exercised regularly by swimming, biking, walking and/or hunting as often as his hectic schedule would allow.

He was excitable by nature, becoming visibly agitated and pale when stressed. He was obsessively tidy and intolerant of extraneous noise. When he was 30, he began consulting specialists in nervous disorders for his “bad nerves.” The patient was short of stature with broad shoulders and large, ugly hands. He had a pleasant, swarthy, somewhat Asiatic face, with piercing, dark brown eyes (affected by left strabismus), a broad forehead and high cheekbones. His voice was hoarse. As a youth he had had fiery red hair, but by the time he reached his early twenties, he was nearly completely bald.

The patient was seen by some of Europe’s most prominent physicians during his terminal illness. They diagnosed nervous exhaustion, chronic lead intoxication (from the bullet in his neck), endarteritis luetica and cerebral arteriosclerosis. A Wasserman test was said to have been negative. However, the actual report has since vanished, and the patient was treated for presumed syphilis with injections of an arsenic-based preparation.

A post mortem examination revealed generalized arteriosclerosis (most pronounced in the cerebral arteries), cerebromalacia of the left hemisphere, and fresh hemorrhage into the vascular plexus overlying the corpora quadrigemina. Upon sectioning, the lumen of the cerebral vessels was narrowed in many areas to the dimension of a tiny slit. The dura was fused to the inner surface of the cranium, primarily along the course of the longitudinal sinus. The arachnoid was thickened and hard. The right ventricle of the heart was hypertrophied. The adrenal glands were some what smaller than normal, especially the left one. The kidneys, pancreas and liver were normal.