Prior to her terminal illness, this patient’s health had been consistently excellent. She rarely even contracted a cold, and once boasted she had never had a headache; and so she was totally unprepared for the pernicious disorder that crept into her life in early 1960.

She was 75 years old and campaigning for John F. Kennedy with stump speeches in a half-dozen states from California to New York to West Virginia. Reluctantly, she consulted her personal physician, Dr. A. David Gurewitsch.

A series of blood tests in April 1960 revealed mild anemia, with a hemoglobin level of 10.3 gm% and a slightly low white blood cell count of 4,450 per cu mm. A bone marrow aspiration revealed hypercellularity with 18% myeloblasts. Although the marrow looked suspicious for an early stage of leukemia, her doctors diagnosed aplastic anemia and explained that transfusions could bring temporary relief, but sooner or later, her marrow would break down completely and internal hemorrhaging would result. The patient’s reaction was she was “too busy to be sick.”

In March 1961, the patient developed soreness and swelling of her legs, which she attributed to a bout of influenza. Her son later claimed that the cause was phlebitis, and that “the experience drove her to have a new will drawn.”

In September 1961, she was admitted to Columbia-Presbyterian Hospital after two days of vaginal bleeding for the first time since her menopause at age 50. She had been receiving irregular treatment for the previous several months with premarin to see if it would have a beneficial effect on her poorly functioning bone marrow. Following curettage, she left the hospital. When admitted, her hemoglobin had dropped two points to 8.2 gm%. More ominous were her low white blood cell count of 1,500 per cu mm (with 79% lymphocytes), her platelet count of 79,000 per cu mm, and her elevated erythrocyte sedimentation rate (ESR) of 50 mm per hr (normal ≤ 20 mm per hr). A repeat bone marrow aspiration revealed hypocellularity with only 5% myeloblasts. When transfused with two units of blood, she developed high fever and chills —her first of many transfusion reactions. A chest x-ray performed on September 5 revealed large calcified nodes in both hilar areas. The fever abated quickly, and after three days in the hospital, the patient was sent home.

In February 1962, she traveled abroad for the last time, visiting Israel and Switzerland. In April, because of a hemoglobin level that had fallen to 7.9 mg%, a white blood count of only 1,800 per cu mm, a platelet count of 87,000 per cu mm and frequent bruising, her physicians decided to begin treatment with prednisone, 5 mg qid, hoping the drug would stimulate production of her red blood cells and platelets. The daily dose of prednisone was reduced to 15 mg on July 9, then 12.5 mg on July 16 and 10 mg thereafter. Despite the prednisone, the patient continued to require periodic transfusions.

In July, her illness entered a new phase with the onset of low grade fever with frequent night sweats and a mild cough. In early August, she developed four days of fever to 40.5̊ C following a transfusion. The fever abated but only temporarily. She could no longer count on a day when chills or fever would not force her to rest.

During the patient’s hospitalization in August 1962, she was treated for four days with penicillin and streptomycin for a possible pyogenic bacterial infection, while her doctors awaited the results of blood cultures, all of which were negative. Her bone marrow was unchanged. She was intermittently confused and angry over her inability to force herself back to health, and then because she was not allowed to die. The endless fussing over blood tests and temperature, not to mention her bone marrow, all seemed so senseless. No sooner was she able to leave her bed than she demanded to be taken home.

On August 10 she was discharged from the hospital without an explanation for her fever. Her physicians had been tapering her prednisone, but then suspecting that the aplastic anemia itself was responsible for the fever, they increased the dose to 25 mg daily.

By then, the patient was only dimly aware of her surroundings. She begged Dr. Gurewitsch, not for the first time, to hasten her death. Instead, he readmitted her to the hospital on September 26 for additional tests.

During this admission she had persistent fever with an odd pattern of temperature peaks occurring in the morning. She was deathly pale, covered with bruises, and passing black tarry stools. She had a Cushingoid facies and oral thrush. Her hemoglobin level was 6.2 mg%, her white blood cell count 900 per cu mm (with 17% myeloblasts and one nucleated red blood cell) She needed oxygen to relieve her shortness of breath, and had had so many past injections and blood samples taken, the nurses had difficulty finding a vein in which to administer intravenous fluids. Her chest x-ray had changed. It now presented a generalized ill-defined nodularity which had not been present seven days previously on an outside study.

Given the patient’s persistent fever and chills along with the nodular pulmonary infiltrate, a group consultation held on September 27 finally decided that miliary tuberculosis needed to be ruled out. Microscopic examination of a bone marrow biopsy specimen revealed normal cellularity but again failed to show any definite evidence of leukemia or tuberculous granulomata. She was treated empirically with streptomycin and INH pending the results of the bone marrow culture. In view of her intestinal bleeding and an extremely low platelet count, alternate day injections of testosterone were added to her daily prednisone.

The patient’s fever resolved several days after initiation of the two anti-tuberculosis drugs. However, within another few days it returned, reaching 40.5̊C on October 12. She continued to bleed per rectum and to suffer an allergic reaction each time she received a blood transfusion. Two barium enemas in search of a cause for her intestinal bleeding revealed nothing of importance.

Determined to die, with or without the help of her physicians, the patient began spitting out pills or hiding them under her tongue. She refused further testing and demanded to go home. Finally, having performed all of the diagnostic measures that could be done, her attending physicians felt that they could accede to her request to return to her home. On October 18, 1962, four days after U-2 reconnaissance revealed Soviet missiles being installed in Cuba, and seven days after her 78th birthday, she was carried out of the hospital on a stretcher. Her discharge medications included: digitoxin and mercuhydrin (for trace ankle edema), prednisone (15 mg every 6 hours), gelusil, isoniazid, and intramuscular colimycin, streptomycin and penicillin.

Eight days later, the results of the bone marrow culture arrived. M. tuberculosis was growing in the culture tubes that had been inoculated with the patient’s marrow. Dr. Gurewitsch was ecstatic. Not only had his suspicion been confirmed, but he now had a curable disease to treat. Though his patient’s hemoglobin had dropped to 3.6 mg% and her platelets to only 30,000 per cu mm, he assured her that her chances for survival “had gone up by 5000%.”

The patient’s family was not impressed. Their mother’s suffering, they argued, had gone on long enough. Undeterred, Dr. Gurewitsch doubled the dose of INH and continued transfusing his patient at her home with blood that had been vigorously washed to prevent further allergic reactions. He also had her trachea suctioned repeatedly to clear it of secretions, and a catheter placed into her bladder to monitor her urinary output while hoping for a miracle that was not to be.

Years later Gurewitsch reflected upon the suffering he and his colleagues had inflicted upon their helpless patient with their endless tests and ineffectual treatments. “He had not done well by Mrs. R. toward the end,” he said. “She had told him that if her illness flared up again and fatally that she did not want to linger on and expected him to save her from the protracted, helpless, dragging out of suffering. But he could not do it,” he said. “When the time came, his duty as a doctor prevented him.”

In spite of these measure, the patient became increasingly somnolent and had increasing difficulty with oral secretions and coughing spells. Her blood pressure fell, and her pulse became thready and weak. She rallied slightly but was essentially comatose from November 5 until the late afternoon of November 7, when she had marked difficulty with oral secretions, relieved by oral and nasal suction and then by tracheal suction by Dr. Leonard Brand of the anesthesia department. Approximately 10 minutes after relief of this last episode, she became cyanotic, her heart failed, and shortly thereafter respiration ceased. Attempts at closed chest resuscitation with mouth-to-mouth breathing, and the use of intracardiac adrenalin were unsuccessful. 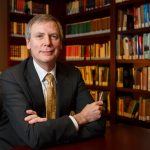 Daniel P. Sulmasy, M.D., Ph.D., is the Kilbride-Clinton Professor of Medicine and Ethics in the department of medicine and divinity School at the University of Chicago, where he serves as associate director of the MacLean Center for Clinical Medical Ethics. He has previously held faculty positions at New York Medical College and at Georgetown University. He received his A.B. and M.D. degrees from Cornell University and completed his residency, chief residency, and post-doctoral fellowship in General Internal Medicine at the Johns Hopkins Hospital. He received his Ph.D. in philosophy from Georgetown University in 1995. He has served on numerous governmental advisory committees, and was appointed to the Presidential Commission for the Study of Bioethical Issues by President Obama in 2010. His research interests encompass both theoretical and empirical investigations of the ethics of end-of-life decision-making, ethics education, and spirituality in medicine. He is the author of four books—The Healer’s Calling (1997), Methods in Medical Ethics (2001; 2nd ed. 2010), The Rebirth of the Clinic (2006), and A Balm for Gilead (2006). He serves as editor-in-chief of the journal, Theoretical Medicine and Bioethics. 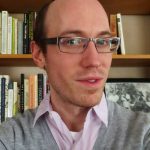 Christopher Brick, M.A., is project director, editor, and principal Investigator of The Eleanor Roosevelt Papers, a research center that collects, annotates, and publishes the documentary history of Eleanor Roosevelt’s public life and career. He holds a B.A. in history and international affairs from The George Washington University, and an M.A. in history from Brown University where he is currently completing his doctoral dissertation. Entitled The Common Man’s Republic: A Cultural History of Anti-Elitism in the United States, 1930-1950,” the dissertation explores the political culture of class antagonism in mid-twentieth-century America. His publications include Volumes 1 and 2 of The Eleanor Roosevelt Papers: The Human Rights Years, both of which he co-edited as senior editorial fellow and associate editor, respectively. From 2009 to 2013 he served on the membership committee of the Organization of American Historians, and in 2013 was appointed to a seat on its committee on marketing and communications. Since 2012, Brick has also served as deputy federal policy coordinator for the Association for Documentary Editing.