This patient was of English and Welsh ancestry. Though by birth a gentleman of modest rank, he became king in all but title of one of the most powerful nations of his time. He died at the age of 59 at the height of his power of a mysterious illness diagnosed as “bastard tertian ague.”

Although “possessed of an inherited longevity and strong physical constitution” (his mother lived to age 89, his father to age 57), he suffered with numerous disorders before finally succumbing to his last one. At age 29, he sought medical attention for pain in his stomach arising 3 hours after meals along with persistent pain in his left side. He treated himself with Mithradate (a poison antidote that contemporaries used to ward off almost any sickness including the plague), which “cured his pimpled face” but had no effect on his abdominal pain.

When the patient was 45, he received a slight neck wound while commanding a cavalry unit in battle. At age 48, he developed “an impostume (boil) of the head,“ which nearly killed him. He developed another boil at age 57, this time of the breast, which incapacitated him for a month. Later that year he was bothered by “and angry knott in the nature of a boyle that….broke out unhappily by the side of his neck.” Other illnesses included an attack of “gout” (age 49); dysentery, possibly a kidney stone, and “ague” associated with an eruption of his lips (age 52) for which his doctors bled him. When he was 53, he had “several fits of the stone [that were associated with] violent and dangerous colick.”

He was a soldier, a statesman and a Puritan. He drank alcohol (legend has it that he introduced the habit of port drinking in England) and smoked tobacco, though to what extent is unknown. He was fond of horseback riding, hunting and hawking.

He was of “middle height” (approximately 5’6”) with a ruddy complexion, chestnut brown hair and several prominent facial warts (one in the Left eye socket, one beneath the lower lip and another particularly large one above the Left eye brow). His nose was long and although some claimed also bright red as a result of heavy drinking, its color is normal in existing portraits.

Exactly when this patient’s final illness took hold of him is not known for certain. Most likely it began on August 1 of his 60th year with insomnia, “paynes in his bowels and backe” and “gout.” He was so seriously ill, his associates doubted that he would recover. However, by the morning of the 17th, he was well enough to go horseback riding for an hour, though looking “like a dead man.” The next morning his bowel and back pains recurred and when examined by his physician, he was sweaty and lightheaded with an “intermitted” pulse. By the 20th the pains had dissipated. On the 23rd he began to have a series of milder attacks of the illness, now labeled “tertian ague,” which finally ceased on the 26th when he felt well enough to attend to business matters. However, after dinner that evening he began having alternating cold and hot fits before falling into “a breathinge sweate.” By the 28th he was experiencing “intervals of restless paine….[and exhibiting] a double tertian, having 2 fitts [of ague] in 24 hours,” accompanied by sharp pains of unspecified location and a sore throat. “His heate gave [his attendants] the sadde apprehension of danger.” By the 31st his death seemed imminent. And then, the very next morning he rallied. “All of a sudden he became better, slept well….and the fever which should have recurred in the morning was very slight….his pulse better, his water good all day.” His throat was no longer sore. That night his pain returned. He was restless and mumbling to himself and then died as suddenly and as unexpectedly as he had seemed to recover.

A crude autopsy revealed “vessels of the Brain [that] seemed to be overcharged….lungs a little inflamed….a Spleen though sound to the Eye, being within filled with matter like to the Lees of Oyl.” 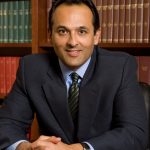 Sanjay Saint, M.D., M.P.H., is the George Dock Professor of Internal Medicine at the University of Michigan, director of the VA/University of Michigan Patient Safety Enhancement Program, and chief of medicine at the Ann Arbor VA Medical Center. His research focuses on preventing healthcare-associated infection, implementation science, and medical decision-making. He received his medical degree from UCLA, completed a medical residency and chief residency at the University of California at San Francisco, and obtained a master’s degree in public health from the University of Washington in Seattle. He has been a visiting professor at over 50 universities and hospitals in the United States, Europe, and Japan, and has active research studies underway with investigators in Switzerland, Italy, Japan, Australia, and Thailand. Saint has authored 266 peer-reviewed papers with 88 appearing in the New England Journal of Medicine, JAMA, Lancet or the Annals of Internal Medicine. He is a special correspondent to the New England Journal of Medicine, an editorial board member of the Annals of Internal Medicine, and an elected member of the American Society for Clinical Investigation. He is also the lead author of Preventing Hospital Infections: Real-World Problems, Realistic Solutions. 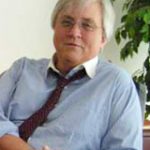 Thomas Cogswell, PH.D., is professor of history at the University of California Riverside. He received his Ph.D. from Washington University in St. Louis in 1983 which included two years as a Fulbright Scholar in London. Prior to his appointment at UC Riverside, Cogswell held teaching appointments at the University of Kentucky and Harvard University. In addition to articles in the English Historical Review, the Journal of British Studies, the Shakespeare Quarterly, the Review of English Studies, and the Huntington Library Quarterly, he is author of The Blessed Revolution: English Politics and the Coming of War, 1621-1624 (1989), Home Divisions: Aristocracy, the State and Provincial Conflict (1998), and co-editor of Politics, Religion and Popularity (2003).  His research has been supported by the American Council of Learned Societies, the NEH, the American Philosophical Society, the National Humanities Center, the Folger Shakespeare Library, the Huntington Library and Wadham College, Oxford.  This fall, Yale UP will publish The Murder of King James, which Cogswell co-authored with Alastair Bellany of Rutgers University.