Historical figures, whose deaths have not been satisfactorily explained, are patients for our annual conference. Past conferences have examined the deaths of Edgar Allan Poe, Alexander the Great, Mozart and others. Below is the case history of this year’s patient:

This patient, like the artist who made her famous, was a “cripple and an outsider,” though she was not always so. She began life as a small, blond-haired girl with a “silver giggle,” who seemed no different from other children. However, by the time she reached the age of three, she was walking on the outsides of her feet with on odd gait. Even so, she was a bright, fiercely determined child, who stomped around ignoring her disability as it gradually increased in severity. By the time she was 13, she stumbled and fell frequently, though with a mind so “bright, curious and hungry,” her teacher had hopes that she too would one day be a teacher.

The patient, if not beautiful at age 19, was slim and handsome enough to attract a suitor, who claimed that during their brief courtship, she could do anything–“row a boat, climb a tree, harness a horse, and drive a carriage.” Her letters at that time, however, told a different story, one involving a series of “bad falls.” Her one and only suitor vanished from her life as suddenly as he had appeared.

The patient’s balance soon worsened to the point that it was unsafe for her to look up without having a firm grip on something to steady her. Although she was still able to walk, her crablike gait forced her to use the entire width of the road when ambulating. Her mother made her kneepads to wear under her skirt as protection against her many falls. Her hands as yet unaffected were capable of the intricate work of a talented seamstress.

By the time she reached 26, the patient could walk only three or four steps without assistance, and her hands had become so misshaped and unsteady she had to use her elbows, knees and wrists to do those things formerly done with her hands. Offers of help were gently but firmly refused. By the end of her fifth decade, she had lost the ability to stand and resorted to crawling to get where she wanted to go. Her mind continued to be as sharp as ever.

No neurological disorders are known to have affected other members of the patient’s family. Her father was a Swedish sailor with a disabling arthritis, who died at age 72 of unknown cause. Her mother developed kidney disease in her 40s and died edematous at age 68 of either renal failure or congestive heart failure. There were three brothers, one who died in his 80s of metastatic bone cancer. The medical histories of the other two are unknown.

The patient was evaluated medically just once, when she was 26, at the Boston City Hospital. After a week of observation and tests failed to produce a diagnosis, she was told “to just go on living as [she] had always done.”

When the patient was 56, she developed a severe illness thought to have been pneumonia. One evening, while recuperating, she sat with one leg stretched out beneath a stove and fell asleep. When she awoke, the heat from the fire had seared the flesh from her withered leg. The third-degree burn healed slowly in response to repeated application of cod liver oil.

At age 74, the patient finally consented to the use of a wheelchair and died shortly thereafter. 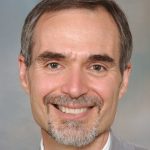 Marc C. Patterson, M.D., holds professorships in neurology, pediatrics and medical genetics at the Mayo Clinic in Rochester, Minnesota. He received an MB BS from the University of Queensland and an M.D. from the State University of New York. After residency training at Royal Brisbane and Royal Children’s Hospitals, Patterson served fellowships in pediatric neurology at the Mayo School of Graduate Medical Education and in developmental and metabolic neurology with Roscoe Brady, M.D., at the National Institute of Neurological Disorders and Stroke of the National Institutes of Health. His focus is Niemann-Pick disease type C and other lysosomal diseases, congenital disorders of glycosylation, and pediatric multiple sclerosis. Patterson currently serves as editor-in chief of the Journal of Child Neurology and Child Neurology Open, as an editor for the Journal of Inherited Metabolic Disease and JIMD Reports, and as section editor for pediatric neurology for Up-To-Date. 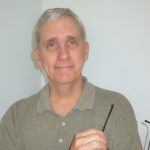 Thomas B. Cole, M.D., M.P.H., Thomas B. Cole, M.D., M.P.H., is an associate editor for the Journal of the American Medical Association (JAMA) who, along with Jeanette M. Smith, M.D., writes the commentaries devoted to the works featured in The Art of JAMA. He received an M.D. from Baylor College of Medicine in 1981 and completed residency training at Children’s Medical Center in Dallas. After serving as an epidemic intelligence service officer for the Centers for Disease Control, Cole earned an M.P.H. from the University of North Carolina in Chapel Hill (UNC) and held positions in federal and state public health agencies. He joined the staff at JAMA in 1995, where he has co-edited several theme issues on violence and human rights. He is also an associate professor of social medicine and epidemiology at UNC.