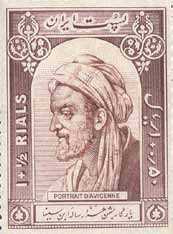 Islamic Polymath
Born in 980 C.E. near Bukhara (present day Uzbekistan), this patient would become one of the towering figures of the Islamic Golden Age. He was a philosopher, poet, mathematician, expert in Islamic jurisprudence, astronomer and physician, who traveled extensively throughout Persia during the 11th century C.E. 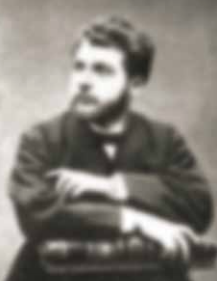 The Full Gamut of Misery
When this patient was 19 years old he opined that he would need to live through only a few more experiences before dying to have run the full gamut of misery. In little more than a decade and a half he was dead, having succumbed to “persistent ill health,” the exact cause of which has never been determined. 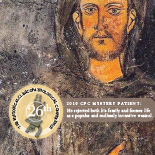 The Wages of Apostolic Poverty
By the time this patient reached the end of his life at age 44, absolute poverty and disease had reduced him to the condition of a living corpse. He was not, however, born destitute. In fact, the patient’s family was wealthy enough to enable him as a youth to live a hedonist’s life of revelry, song, and nightly escapades about his native city with a multitude of friends. 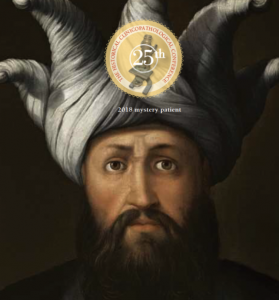 The Noble Enemy
Of all the warriors who fought in the Crusades, none cast a larger shadow over the era than this patient. He was the one who annihilated King Guy’s army at the Horns of Hattin in 1187 and reclaimed Jerusalem for Islam after it had been ruled for nearly a century by a Christian coalition of “Franks.” And yet, he became a figure of myth and legend more for his image as a “noble enemy” than for his victories on the battlefield.

Francisco Goya
This patient was an artist and a singular genius, who worked in media from etching to fresco, depicting subjects from the Virgin of the Immaculate Conception to the horrors of war. He was also one of the greatest portraitists of modern times. In the fall of 1792, he came down with an illness of several weeks duration, of which we know only that it was diagnosed by contemporary physicians as “colic.” The following February he was attacked by a mysterious illness that nearly killed him. 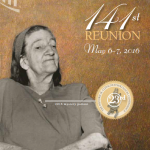 Christina Olson
This patient, like the artist who made her famous, was a “cripple and an outsider,” though she was not always so. She began life as a small, blond-haired girl with a “silver giggle,” who seemed no different from other children. However, by the time she reached the age of three, she was walking on the outsides of her feet with on odd gait. Even so, she was a bright, fiercely determined child, who stomped around ignoring her disability as it gradually increased in severity. 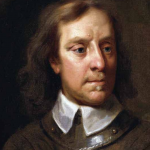 Oliver Cromwell
This patient was of English and Welsh ancestry. Though by birth a gentleman of modest rank, he became king in all but title of one of the most powerful nations of his time. He died at the age of 59 at the height of his power of a mysterious illness diagnosed as “bastard tertian ague.” 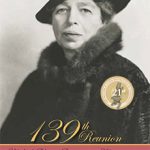 Eleanor Roosevelt
Prior to her terminal illness, this patient’s health had been consistently excellent. She rarely even contracted a cold, and once boasted she had never had a headache; and so she was totally unprepared for the pernicious disorder that crept into her life in early 1960. 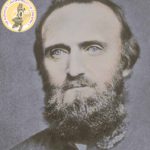 Stonewall Jackson
Although this patient was a college professor, a husband, a Sunday school teacher and a church deacon, he is remembered most as a soldier who drew his sword for his state and threw away the scabbard. He, perhaps more than any commander in history, bewildered his enemies and kept them bewildered, giving hope for a brief period to his people, that they might prevail in their desperate pursuit of a lost cause. When his light flickered and a week later went dark, only then did they begin to suspect that God would let them be defeated.

Vladimir Lenin
Many have wondered what might have become of the totalitarian state this patient founded on merciless terror, had he not died so young. …He died three months shy of his 54th birthday with cerebral arteries so calcified that when tapped with tweezers, they sounded like stone. 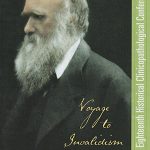 Charles Darwin
This patient enjoyed excellent health as a youth, except for an upset stom-ach (mainly during breakfast) in his teens and brief eruptions (of unknown character) of his mouth and hands in his early 20s.
Read More… 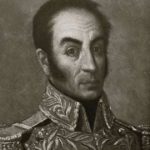 Simon Bolivar
This patient was “victor in 100 battles and founder of three republics in the continent of America.” He died at age 47 of a mysterious illness, the nature and treatment of which have been a source of controversy for nearly two centuries.
Read More… 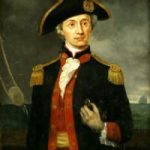 John Paul Jones
This patient is credited with having given the U.S. Navy “its earliest traditions of heroism and victory.” He was born in Kirkbean, Scotland, in July 1747, went to sea as an apprentice at  the age of 13, and spent the next three decades “riding the whirlwind and directing the storm” of a life aboard sailing ships.
Read More…

Akhenaten
This patient ruled Egypt during the twilight of the house of the Thutmosids as a revolutionary and an iconoclast.
Read More…

President Lincoln
This year’s program examines the treatment U.S. president Abraham Lincoln received after being hit by an assassin’s bullet in 1865.
Read More…

Booker T. Washington
This patient was one of the most admired Americans of his time. Born a slave, he was the successor of Frederick Douglass as leader and spokesman for black America in the aftermath of the Civil War.
Read More…

Christopher Columbusj
The patient’s illness began abruptly at age 41 with an attack of “the gout” during a violent storm on his return from the first of four voyages of discovery.
Read More…

Florence Nightingale
The patient’s illness began at age 35 years. She was in Scutari, Turkey at the time, working twenty or more hours a day as an army nurse and hospital administrator under extraordinarily squalid and mentally and physically exhausting conditions.
Read More…

Joan of Arc
Joan of Arc was born at Domremy in what is now Lorraine around 1412.
Read More…

Mozart
A 35 year old man presented with fever, rash and anasarca. His illness began suddenly in late November during the course of a local epidemic of a similar disease.
Read More…

Pericles
A 65 year old man is seen because of fever, headache, sore throat and vomiting. The patient is a resident of Athens, Greece.
Read More…

Ludwig Van Beethoven
Ludwig van Beethoven was a 56-year-old man who presented with fever and chills associated with ascites, abdominal pain and a hacking cough with scant hemoptysis.
Read More…

Edgar Allen Poe
Edgar Allan Poe was a 40-year-old man who was brought to an emergency room for evaluation of lethargy and confusion and admitted to the hospital for observation.
Read More…