This patient was “victor in 100 battles and founder of three republics in the continent of America.” He died at age 47 of a mysterious illness, the nature and treatment of which have been a source of controversy for nearly two centuries.

He was born on July 24, 1783 in Caracas to 6th generation, racially-pure, Spanish-Americans. Both parents reputedly died of tuberculosis—the father at age 56, when the patient was 2 years old and the mother at age 33, when he was 9. However, the father was a notorious womanizer, and some have speculated that paralytic syphilis was the actual cause of his death, and that congenital syphilis was responsible for the death of a daughter (the patient’s sister) shortly after birth. There were 3 other siblings, an older brother and two older sisters. None is known to have developed syphilis or tuberculosis. His sisters died at ages 65 and 68 of unknown cause, and his brother was lost at sea at age 30.

The patient ate frugally and avoided spirits and tobacco. He enjoyed excellent health throughout most of his life, in spite of the privations and stresses of commanding an army at war for 20 years in some of South America’s most inhospitable terrain. He married at age 18, only to lose his young bride 8 months later to “malignant fever.” He never remarried but had numerous subsequent affairs with mistresses and prostitutes; none of which is known to have produced offspring.

In his prime, the patient was slightly below medium height (5’6”), slim and graceful. His temperament was irritable, his movements restless and his demeanor impatient and superior. Whereas his complexion had been very white as a youth, by his late thirties, it had become dark and rough. He had a large head, angular face, pointed chin and prominent cheekbones. Although his eyesight was described as “good” (and his sense of hearing exceptional), he required reading glasses by his late thirties. According to one report: “His genital organs [were] small, the testes hard and the cords short.”

Prior to the patient’s final illness, he had several other sicknesses of note. When he was 29 and campaigning in the Magdalena River basin, he had a febrile illness and furunculosis of unknown etiology from which he recovered. During the ensuing decade, he had repeated bouts of fever. During at least some of these, he at first “looked flushed and then pale and shivering, and then lost consciousness.” These were treated in some instances with quinine and in others with arsenic. The latter, on at least one occasion, seems to have induced a severe attack of “dysentery.” Although he also suffered with recurrent “colic,” “rheumatism” and chronic hemorrhoids, he was reasonably fit until age 40, when he developed a high fever and collapsed. For seven days he hovered near death in a small village north of Lima, and for two months was so weak and emaciated he was hardly recognizable. Nevertheless, within 4 months, he had recovered sufficiently to lead his army to Pasco over some of the most mountainous country in the world in what was described later in the London Times as “a mightier feat than Hannibal’s passage of the Alps.”

Exactly when the patient’s final illness began is uncertain. Although some believe the first symptoms of the pulmonary disorder that carried him off appeared at age 35, others claim that except for the sicknesses described above, he was physically fit until age 45, when his health began to crumble.

According to the patient’s letters, of which a great many have been preserved, shortly before he turned 46, he was tormented by persistent headaches and “bilious” attacks that left him weak and exhausted. Within 6 months, his appearance was cadaveric, and his voice barely audible. Within a year, his associates marveled that, given his extreme wasting, he was still alive.

During the fortnight before the patient died, he was cared for by a French physician, who had studied medicine at La Charité in Paris. According to him, when first seen, the patient was apathetic, emaciated and so dyspneic and weak he was unable to walk. His countenance was yellow. He was hoarse and coughed constantly, producing copious amounts of green sputum. He also hiccoughed a great deal. Interestingly, his sense of smell was unusually keen. Whether it had always been so or had increased in acuity during his illness is uncertain.

Over the ensuing 16 days, the patient continued to cough constantly and was intermittently febrile, with hot head and cold extremities. His pulse was persistently thready. Initially he was brighter during the day than at night, but slept little and gradually drifted into delirium . There were also episodes of indigestion and vomiting, sternal pain and then both right and left flank pain, sore tongue (which was also dry, rough and colored along its edges) and urinary incontinence.

When his end was near, the patient’s breathing became a death rattle, his visage a facies Hippocraticus, and what little urine he produced was bloody. When he died in the early morning of December 17, 1830, he weighed barely 50 pounds. His physician, who had trained in anatomico-pathological examination under Laennec and Dupuytren, performed an autopsy later that day. He diagnosed “tuberculous consumption” based on the following findings:

Paul G. Auwaerter, MD, MBA, FACP, is clinical director in the division of infectious diseases, department of medicine at the Johns Hopkins University School of Medicine where he also serves as associate professor of medicine, chief medical officer for its Point of Care Information Technology Center, and managing editor for the Johns Hopkins Antibiotic Guide. His special interests include Lyme disease, diagnostic dilemmas, and fevers of unknown origin. He is widely published. Auwaerter received his medical degree from the College of Physicians and Surgeons, Columbia University, in 1988. He received residency training in internal medicine followed by four years of fellowship training in infectious diseases, both at the Johns Hopkins University, where he also received an MBA in 2003. 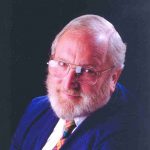 John Dove, MBBS, LRCP, FRCS, MSc., is an orthopaedic spinal surgeon. Upon retirement in 2002, he began advancing his study of foreign languages and literature, and four years later he received an MSc., from the University of Edinburgh for his thesis exploring the relationship between Gabriel García Márquez’s novel The General in his Labyrinth and Simón Bolívar. Since then his main area of research has focused on the health, illness, and death of Simón Bolívar. Dove is a 1968 graduate of St. Thomas Medical School in London. He served as
consultant in orthopaedic spine surgery to the North Staffordshire Hospital Trust and The Robert Jones and Agnes Hunt Orthopaedic Hospital in Oswestry from 1980 until retirement. Dove lives in the Highlands of Scotland where he has added Gaelic to his portfolio of languages. He enjoys mountaineering.